When you use comments link please include your name
in the message so we know who you are.
You can use the contact form top right I will then reply
to the email you give.
History
This ship was built as the "Potsdam" for the far east service of North German Lloyd. During the Second World War, she was used as a troop and accommodation ship. She was seized by the British occupying forces in May 1945 at Flensburg. Re-named the "Empire Fowey", she was re-fitted by Harland & Wolff, Belfast and used as a troopship under P & O management. In 1960, she was sold to the Pan-Islamic Shipping Co of Karachi, Pakistan, for use on the pilgrim service to Jeddah and was renamed "Safina-E-Hujjat". She was broken up at Gadani Beach in 1976.
With thanks to Tony Catherall for searching this out. 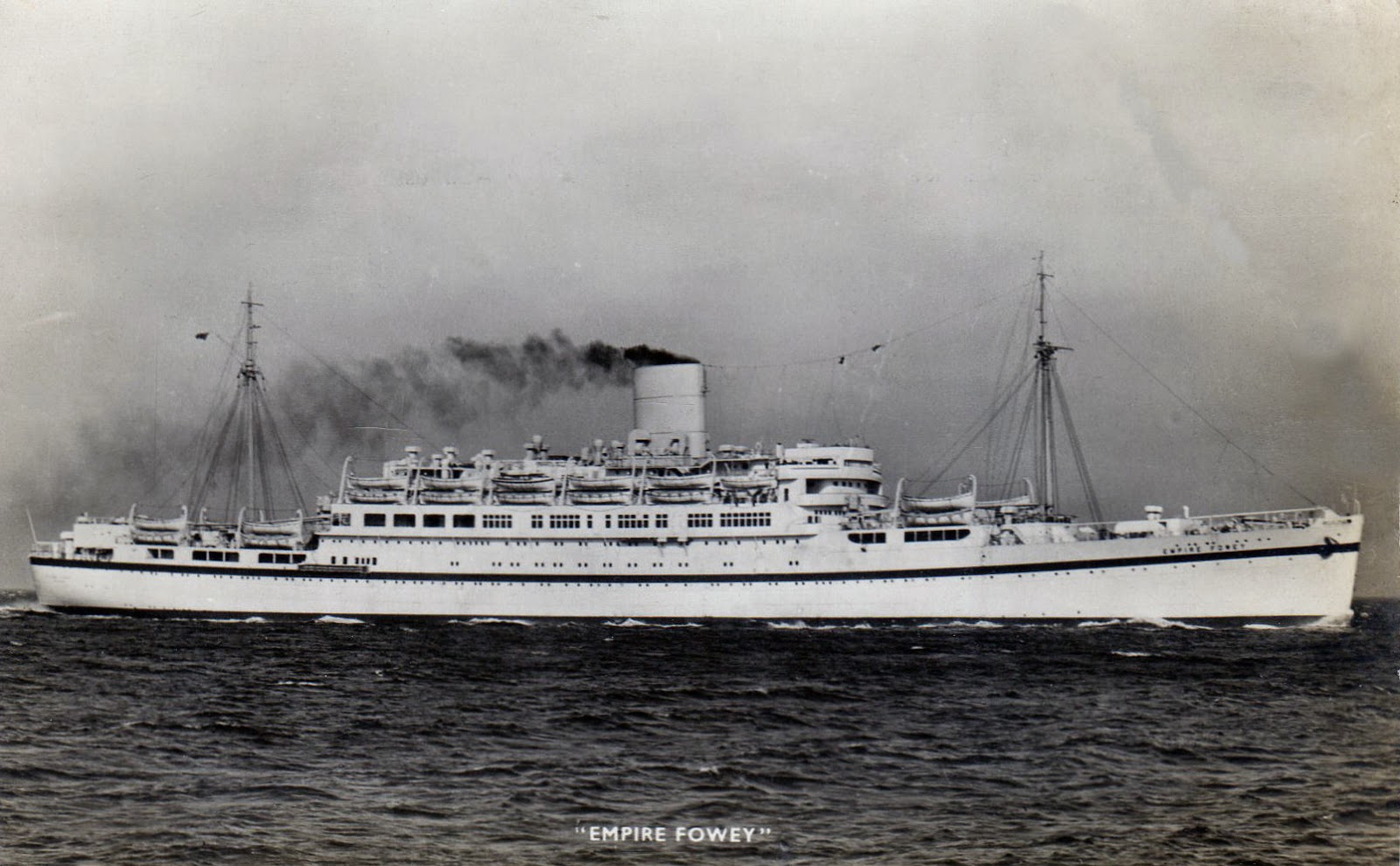 Many of you would have sailed on this ship. If you did contact me with your name and details of dates etc. They will be added here. 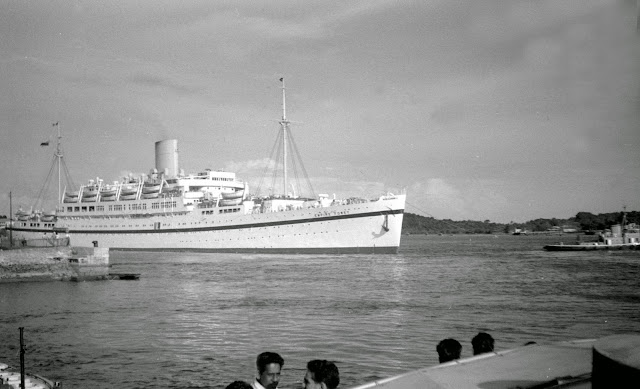 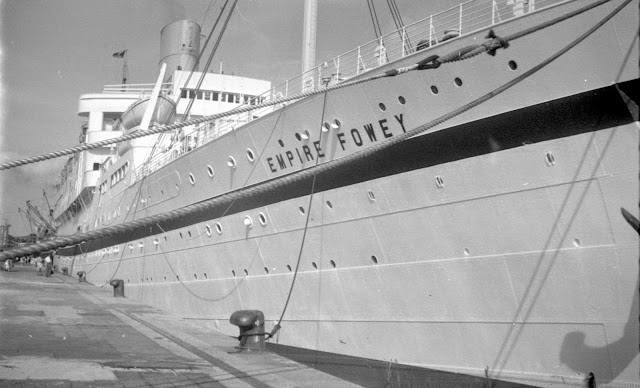 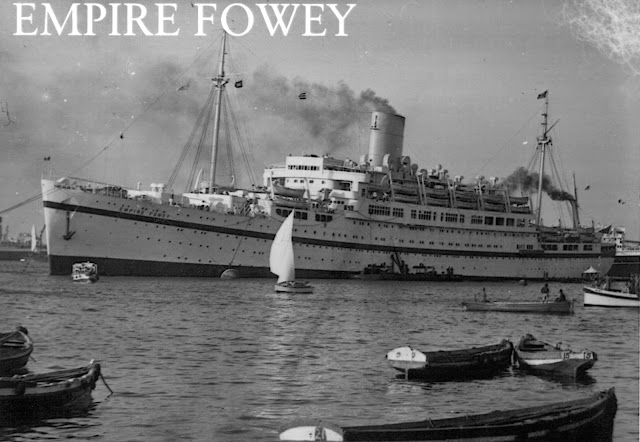 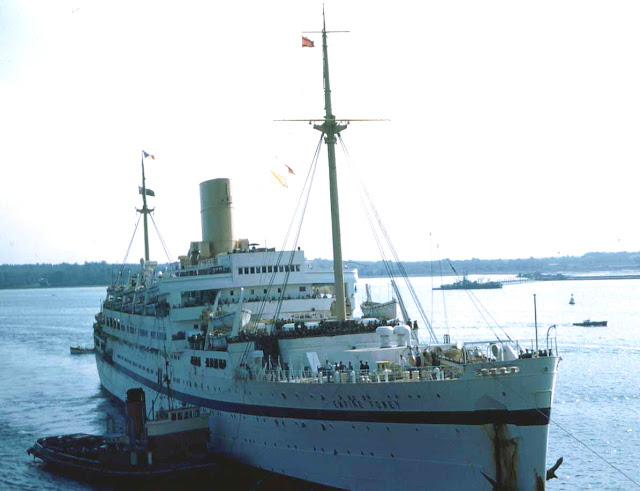 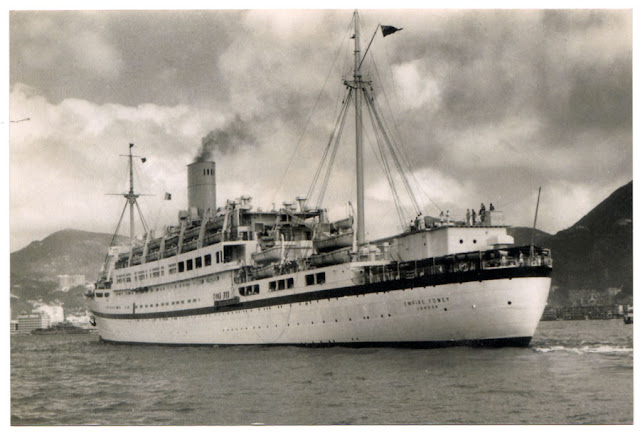 Empire Fowey taken by me when crossing Hong Kong harbour on the Star Ferry in 1958/59.
Ian Girvan 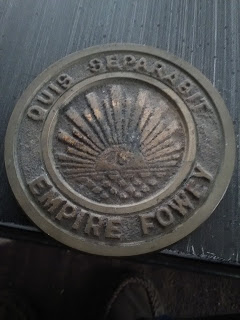 Hello! I have a brass disk from the Empire Fowey with the name on the top and I think the queens guard motto on top with a sun rising out of the water in the middle. Does anybody happen to know what part of ship it came from 6" round soild brass.
John ?
Leave any information in comments.

I  sailed from Southampton on Empire Fowey 3/1/1957 and returned late August 1958 from Singapore. That  journey was to change my life forever, thought I didn't know it at that time. I was in the RAMC and ended my time as Chief Clerk at 16 Field Ambulance  28th INDEPENDENT COMMONWEALTH BRIGADE (later 8FDS) on Penang Island. Any ol
timers out there remember me?
contact Hank he has my contact details.